Before we get into today’s markets, a bit of housekeeping: we’ll be taking the rest of the week off, so the next 5 with Fitz you’ll see is going to be next Monday.

And with that, here’s my playbook:

Yes, you read that right.

Yesterday, President Biden organized the release of 50 million barrels of oil from the Strategic Petroleum Reserve with the hope that doing so will help tame out of control oil prices.

It’s not gonna move the needle.

The US consumes roughly 20 million barrels a day which means the release is just a whopping 2.5 days’ worth of supply.

I think oil could hit $120 a barrel next summer for reasons I laid out during a conversation with Maria Bartiromo earlier this morning on the Fox Business Network. (Watch)

There is a silver lining … or more precisely, one made of liquid gold.

Big oil companies, including the one I recommend which has the world’s best reserves, breakthrough energy investments AND a super-high, super-secure dividend. Get the stock now

2 – Dollar tree is now Dollar and a Quarter Tree

The Dollar Tree discount chain announced yesterday that it’s raising prices to $1.25. Management claims the move doesn’t have anything to do with “short-term or transitory market conditions” but the timing of this announcement probably says otherwise. (Read)

3 – Oh wait … Hollywood DID script this

NASA launched the DART (Double Asteroid Redirection Test) on a SpaceX Falcon 9 rocket Wednesday with the intention of proving that a rocket can be used to deflect large objects likely to hit earth. (Read)

No word on whether Bruce Willis and his roughnecks are up next! (Watch trailer)

As a side note, I’m going to be showcasing another aerospace company I’m incredibly excited about in the December issue of One Bar Ahead™, which is releasing next week. I hope you're looking forward to it!

Here’s an interesting video from the WSJ on why Apple is obsessed with the number “19” and how that focus contributes to nearly $8 billion in accessory sales. (Watch now)

Me thinks I will be doubling my Apple position by year end.

5 – Turkey isn’t the only country with a currency crisis

Dr. Mark Mobius is as sharp as they come; I’m very fortunate to have learned a thing or two from him over the years not the least of which is to pay very close attention when he latches on to something.

Like a brewing currency crisis that could easily spread to other countries. (Read)

If you’re worried about the market’s performance, chances are good that it’s not the markets that are challenged.

Straight to your inbox from Keith himself!

*Trusted by savvy investors in 15+ countries

Thank you! Your submission has been received!
Oops! Something went wrong while submitting the form. 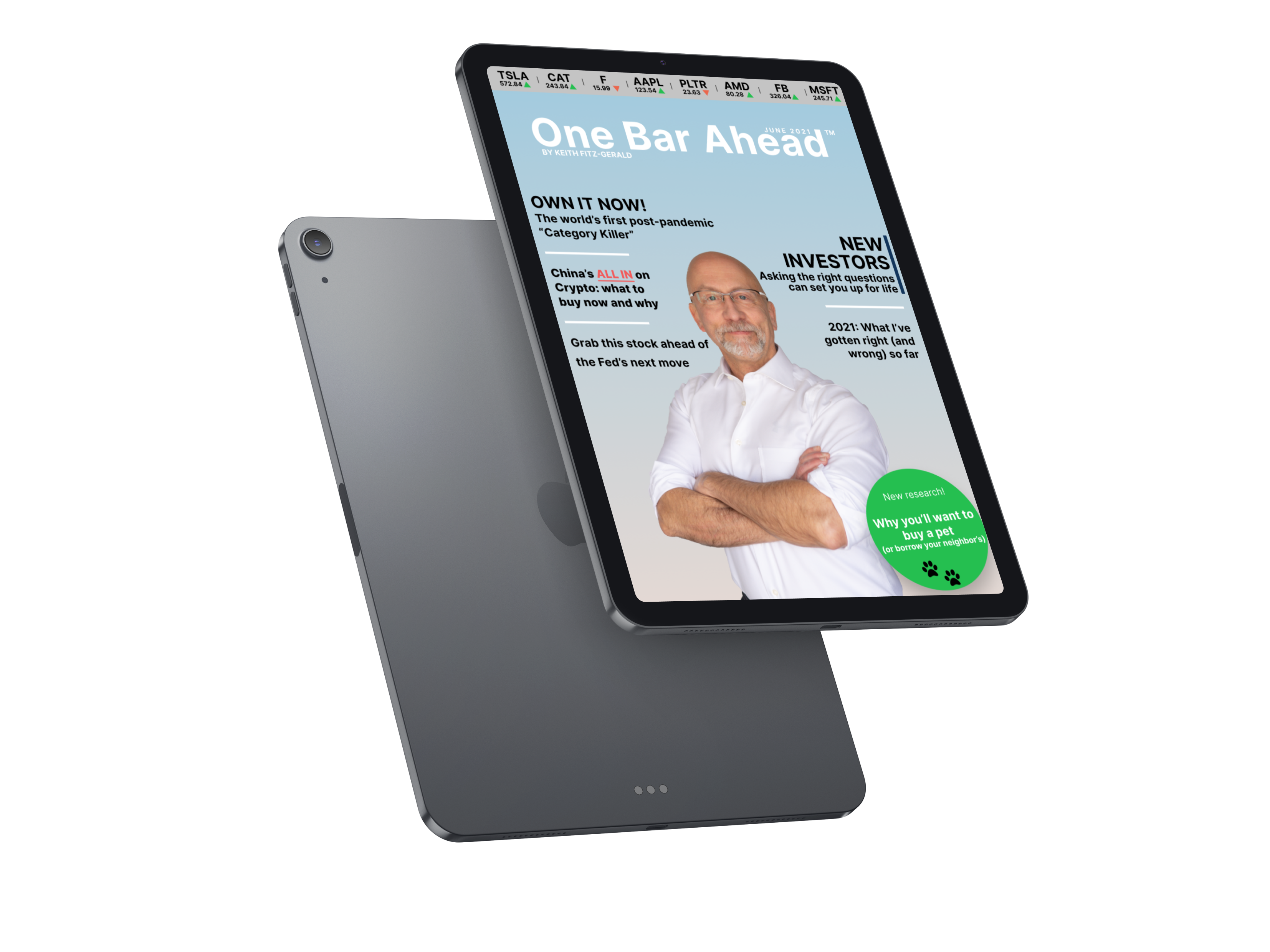 Investment ideas worth your immediate attention

Big-picture, safety-first investing has never been easier, or more important.

Every issue of the One Bar Ahead™ Digital Magazine includes analysis and commentary from Keith Fitz-Gerald who will keep you and your money "one bar ahead" of the herd with specific recommendations, analysis, education, and more.

Investing as usual? No thanks.

Get 5 unique investing ideas in 5 minutes or less. Directly from Keith's desk to yours, the Morning! 5 with Fitz is insight you won't get anywhere else.

Thank you! Your submission has been received!
Oops! Something went wrong while submitting the form.

*No ads, and no spam. Unsubscribe at any time.